Antonio Carlos Farias started his career on a BMX cycle in 1985. Only one year later, in 1986, he won the Brasilian BMX championship. From 1987-1988 he was Brasilian freestyle champion. In 1989 "AC" changed his push bike for a motorcycle and, again, won every single freestyle event in this new category. 1990 AC emigrated to Spain. First of all he lived in Malaga following the trial of his ancestors, later on he lived on Mallorca and in Spanish cities like Barcelona and Terragona.

In order to show those breathtaking stunts a secured strip and a surface providing sufficient grip are required. The minimum size of said strip should be at least 70 by eight metres.

People of all ages are fascinated by AC's show. In recent years he performed at different shows in various countries such as:

In 1998 AC won the European Stunt Riding Championship. Due to an injury in 1999 he was only able to participate in two rounds of the championship though in the following year he won the first ever Freestyle World Championship.

Apart from his passion revolving around motorcycle stunt riding AC is active in other sports, too, such as inline skating, wind surfing, cycling, hang gliding, skateboarding, jet skiing, sailing, swimming, horse riding etc. Being not only a lover of sports but also of music AC now and again plays the harmonica or "goes wild" on the drums. Click here for the official site from ACFarias 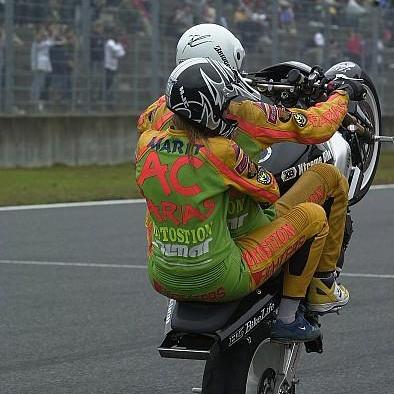 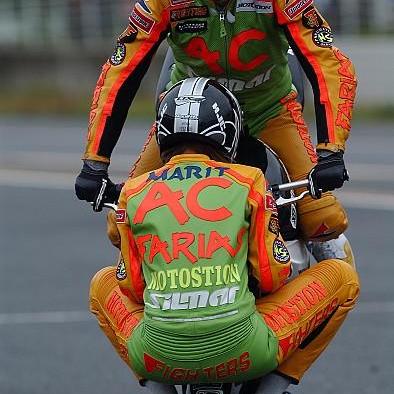 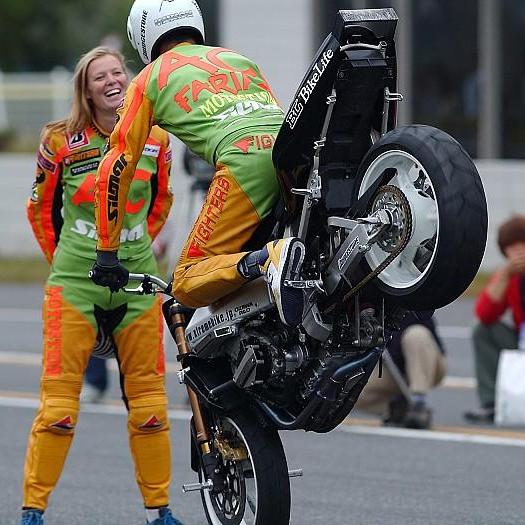 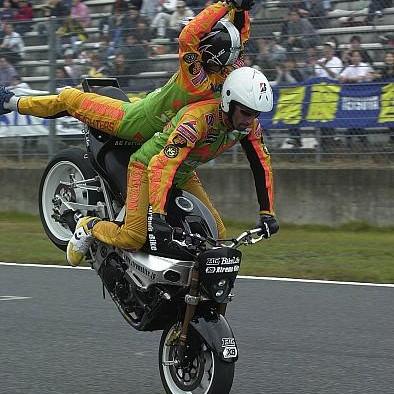 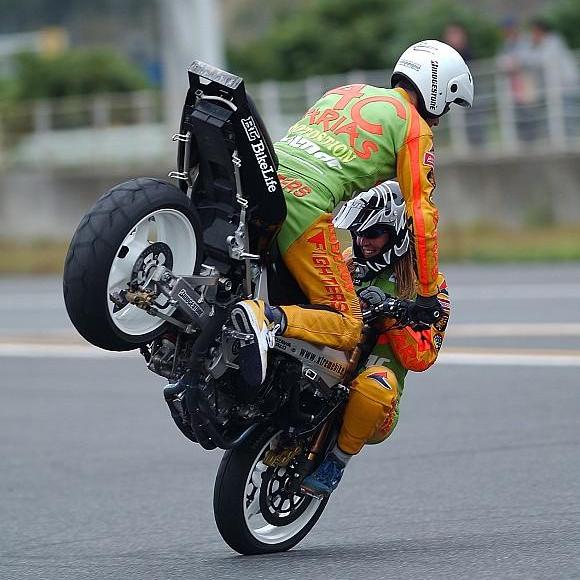 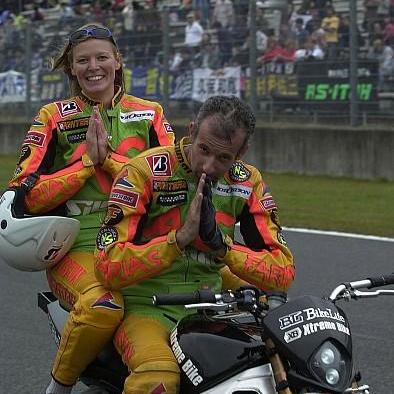 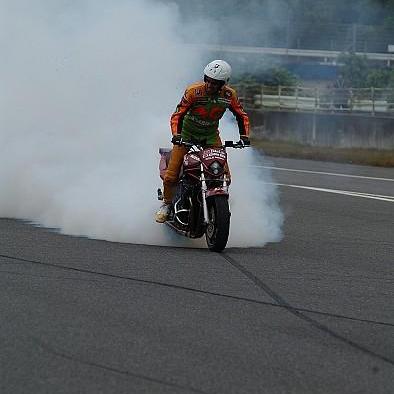 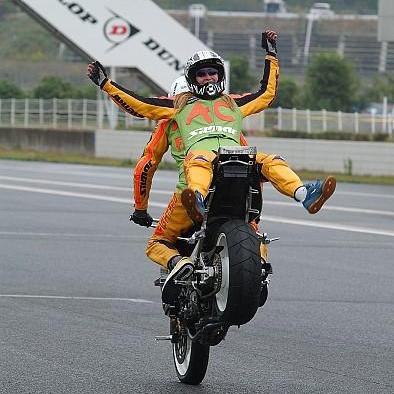 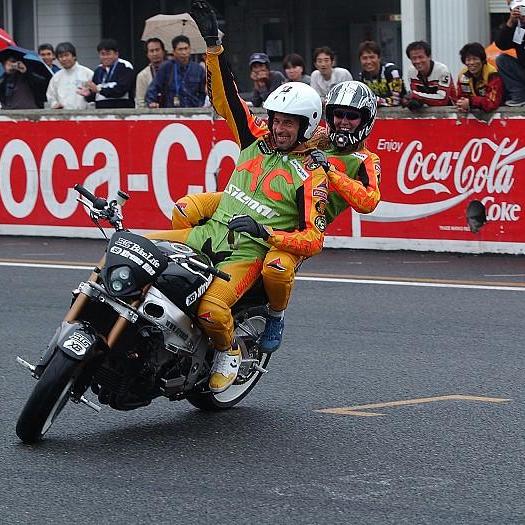 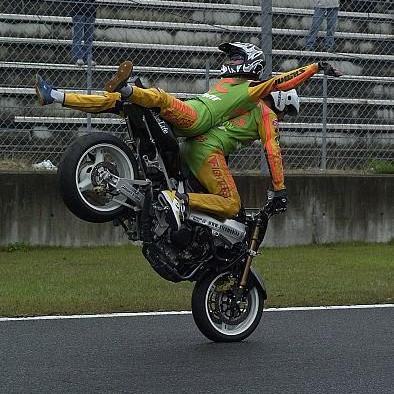 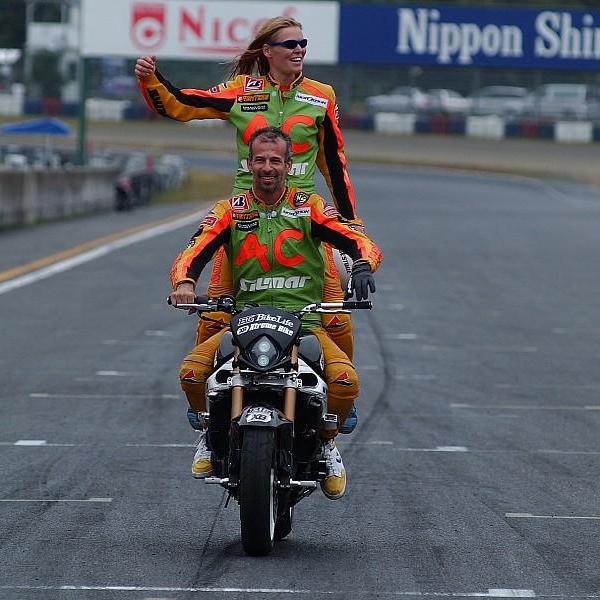 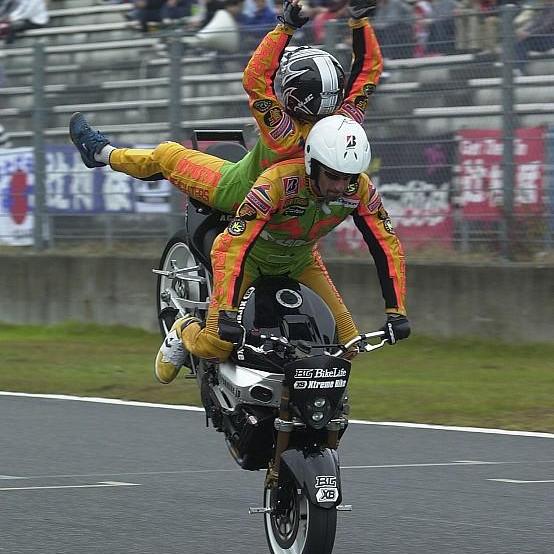 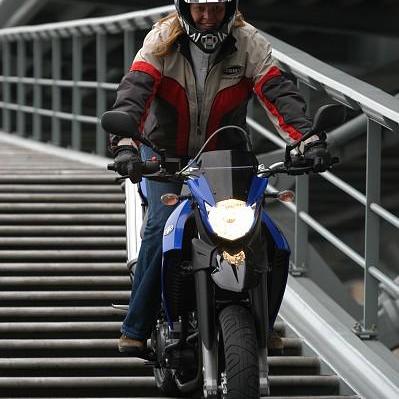 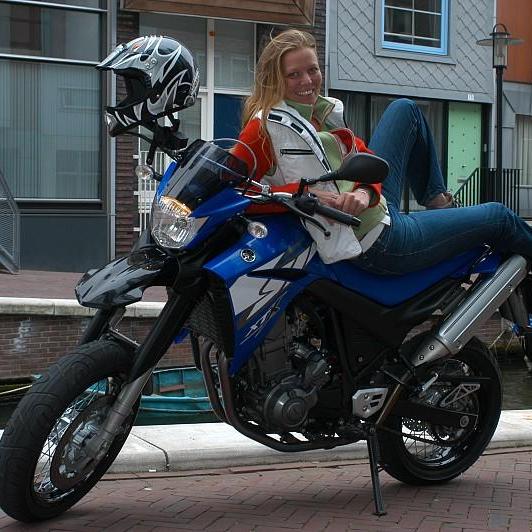 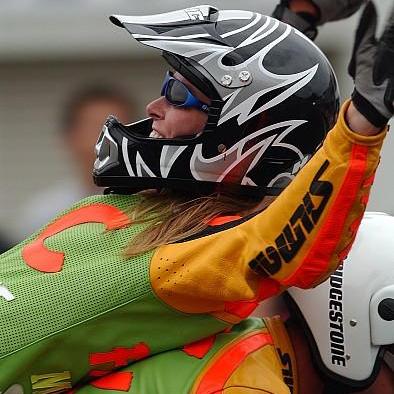 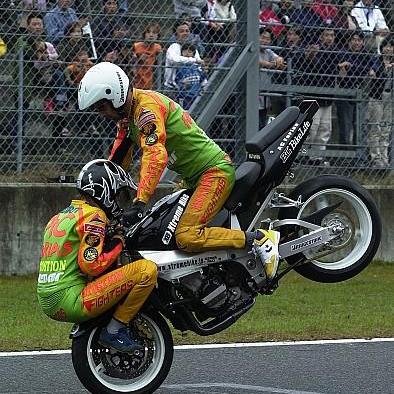 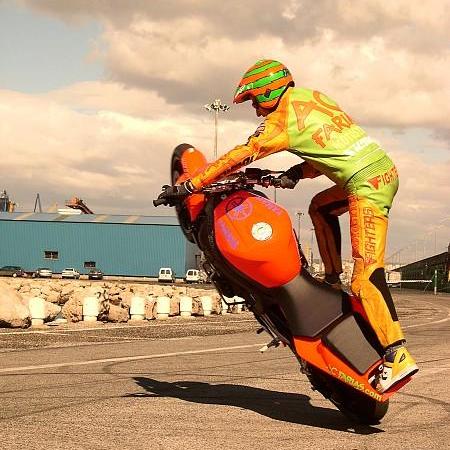 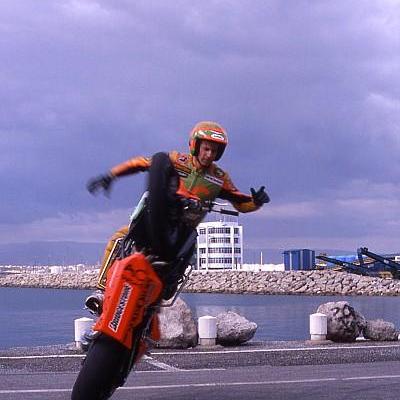 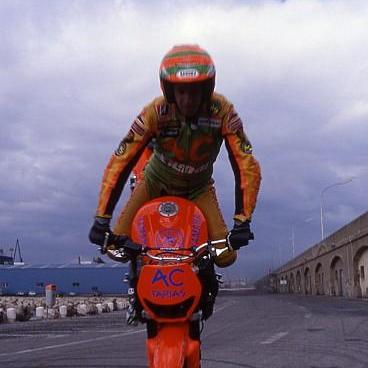 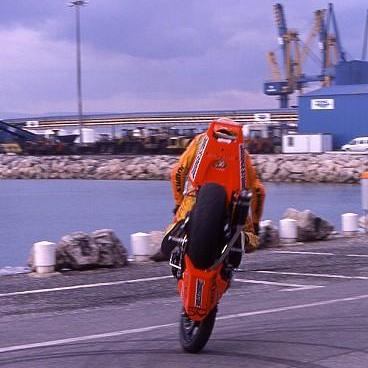 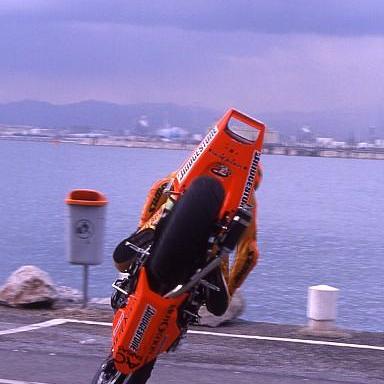